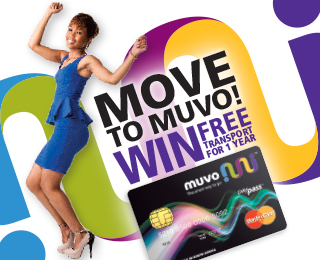 Bus coupons to be discontinued

Durban’s public transport system is taking its first step into the future. Bus coupons have been the official bus fare system for the Durban Transport and Mynah busses since the early 90’s. Muvo Cards are part of the preparation for GO!Durban – Durban’s new public transport system and are an upgrade to the current fare management system used on buses.

Bus coupons will be discontinued from 1 April 2014 and will be replaced with the city’s new cashless SmartCard called Muvo. Muvo Cards were launched in July 2012 and were gradually introduced into various regions across Kwa-Zulu Natal. During this time Muvo adapted to the lifestyle and needs of Durban’s passengers. Feedback from the initial stage of the project helped Muvo to determine the best locations for PayPoints and Smart Vans to provide the most convenient transaction points for cardholders. Over 32 000 cards have been issued and are currently in use on the People Mover, Durban Transport and Mynah busses.

Loading multiple trips allows passengers to save money and budget for monthly transport expenses. The trips on the Muvo Card have a three year expiry compared to the two year expiry dates of bus coupons. The Muvo Card has been certified by MasterCard and the National Department of Transport’s compliance Agency making it fully compliant with banking and regulatory requirements.

Move to Muvo and you could be 1 of 10 lucky cardholders to win free transport for a year. We’re celebrating Durban’s Move to Muvo by giving all commuters, who use their Muvo Cards 10 or more times before 1 April 2014, the chance to win this fantastic year-long prize.